A Dodo at Oxford

The unreliable account of a student and his pet dodo.

In 2008 a diary was discovered amongst some books donated to a charity bookshop in Oxford. It was a most remarkable book, supposedly written over three hundred years ago by a student, describing his life and unusual pet, a dodo.

Doubts have been cast over the authenticity of the diary, so every page has been photographed and reprinted to enable readers to judge for themselves.

The editors, Philip Atkins and Michael Johnson, have included notes on the diary entries, on such topics as astrology, book production, doll’s houses, and gout.

A video shows the first few pages of the diary:

As well as providing a portrait of the famous bird and glimpses of seventeenth-century Oxford, this is the history of a book: how it was printed, made, unmade, torn, stained, scribbled over, and forgotten. Now by strange good fortune both book and bird have come back to us, large as life.

Please click on the newspaper’s title below to see some of the press coverage:

In 2013 Blackwell’s Bookshop in Oxford choose A Dodo at Oxford to represent the year 2010 in its ‘Best Books of the Last 25 Years’ list that they had most enjoyed celebrating and selling since 1989. 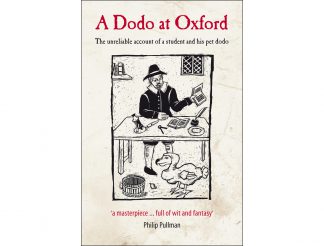